Due to the lower latitudes and proximity to Africa, Cyprus has a subtropical climate with very mild winters (on the coast) and warm to hot summers. The island has one of the warmest climates in the Mediterranean part of the European Union so it’s a great destination for seeking some warm weather during the winter.

Fun fact: On the southeastern end of the island there is a cape named Capo Greco. The British have a base here with a radar and probably some military equipment/troops. Besides this, several bases from the UN or the UK are set here to prevent conflicts between the Turks in the north and the Greeks in the south. Peacekeeping troops are always here on the island because tension between the two nations still exist. Photography is prohibited in some areas but visiting the sightseeing spots is permitted. Tourists don’t really feel the tensions that exist on the island. However, all maps are full of marked UN bases, neutral areas and similar stuff.

We went to Cyprus, Larnaka airport using a Wizzair flight available from several destinations in Europe. The price for the flight was very convenient and the flight took about three hours from Romania. Fron the airport,  Bus 425 took us to the center of Larnaka, right by the main beach and close to many tourist objectives. 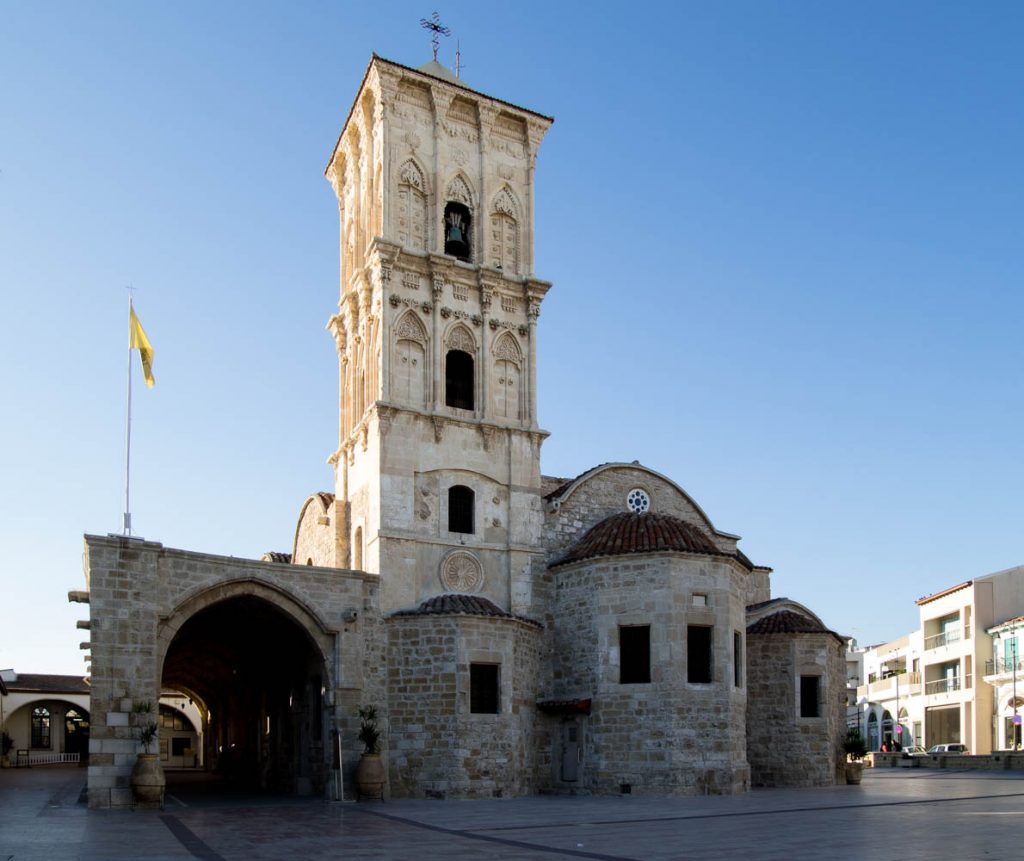 Larnaka isn’t the most entertaining city, we only went to St. Lazarus church (Agios Lazaros). This is one of the most remarkable examples of Byzantine architecture in Cyprus. The saint with the same name was buried here. There are lots of things you can do in Larnaka, including free trips to traditional villages, guided tours or a camel park. Besides this, different creative workshops are available from time to time. Due to the off-season period, we were there for the sun, the beaches and summer temperatures.

After a few hours in Larnaka we took a bus to our hotel in Ayia Napa, a very popular resort close by. We found a great place to stay in Ayia Napa for a good price. The island is not flooded with tourists outside the main season so most of the hotels are closed from November. Ayia Napa is full of clubs, restaurants and bars with different themes. Some are very posh and some are very kitsch. A port with different boat cruises also attracts tourists during the summer. An amusement park is also probably a great place where people have fun. However, most of these were closed during the winter so we decided to visit the interesting natural places by the sea instead of drinks and parties. 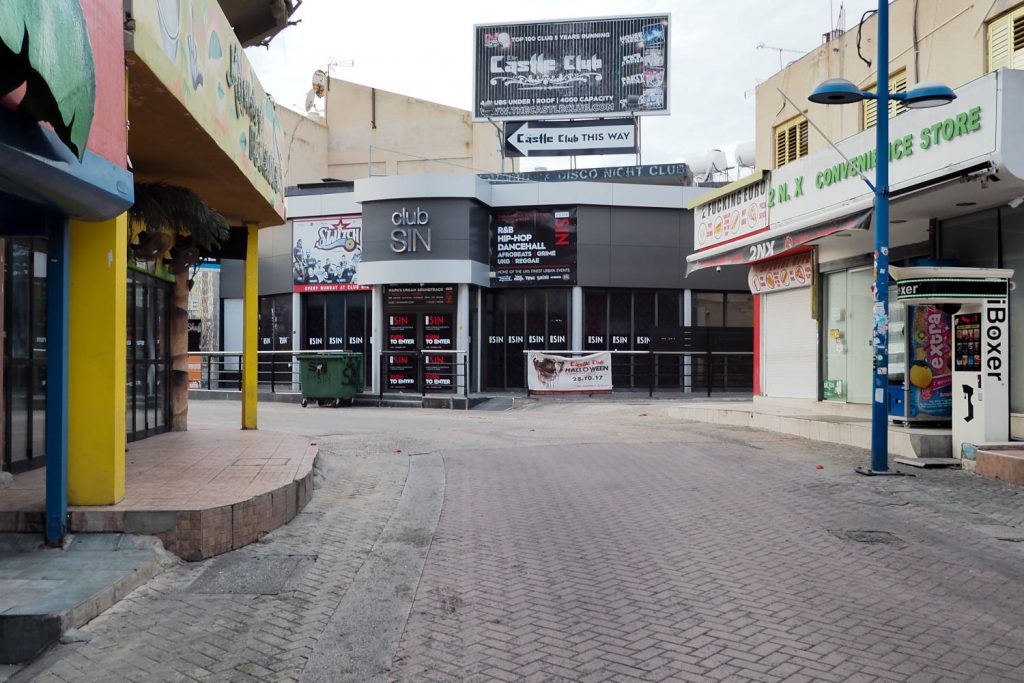 Things to do in the area

Bike rental shops were still opened so we rented bikes for 7 Eur a day to visit the nearby beaches. The locations we visited can be seen on this map.

We started from Agia Napa and went by the seaside on a small path suitable for bikes. From here, we visited some beaches like the Pantachou beach, the Konnos beach, the Fig Tree beach or the Nissi beach.

On the road to the Fig Tree beach in Protaros we found some caves besides the sea with very beautiful panoramas nearby. 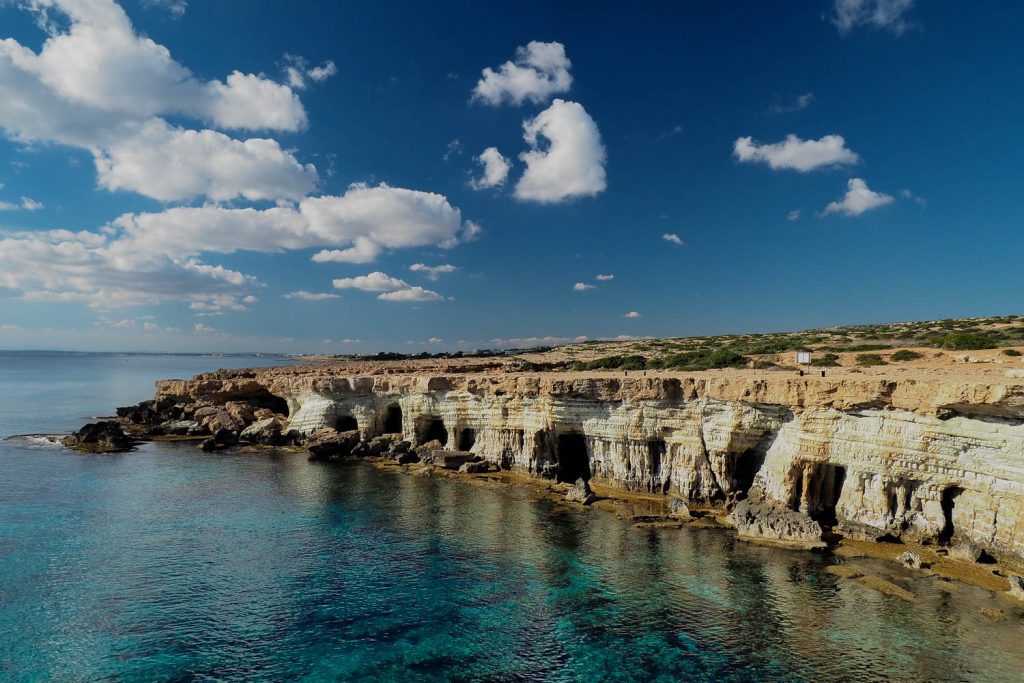 From the sea caves we passed near Capo Greco where we did not take any pictures. Behind Capo Greco there is a very beautiful beach with clear blue crystalline water named Konnos beach. 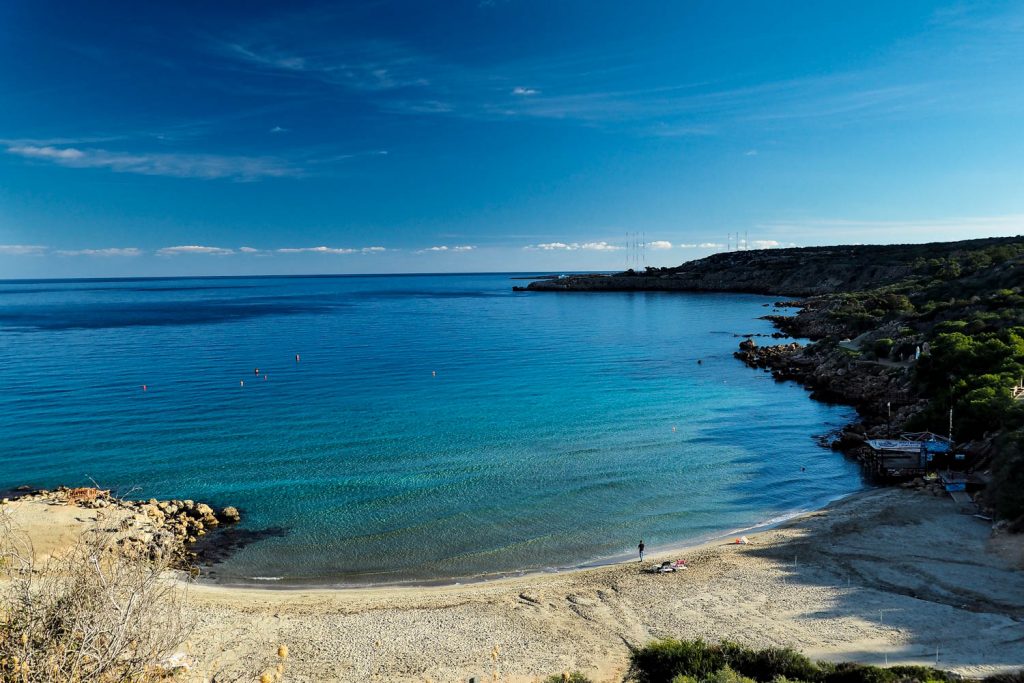 Konnos beach and Capo Greco in the background

First, we visited three very beautiful beaches: Konnos beach is a very beautiful bay with clear blue crystalline water; Nearby, Fig Tree beach is a beach surrounded by palm trees and fig trees and an island close to the shore where people swim; Across town, Nissi beach is a great beach with white sand and a natural bridge to a very small peninsula nearby. 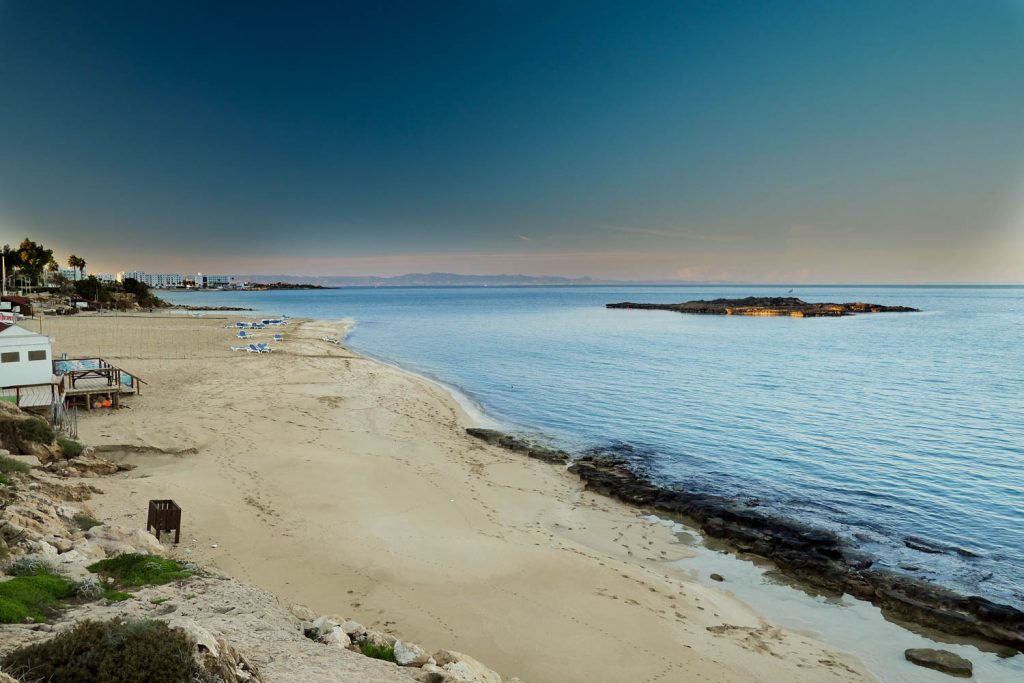 Things to do in Ayia Napa

After some hours of bike rides we took the time to visit the “tourist” part of the town . We went through the courtyard of the Ayia Napa monastery, a charming Medieval Monastery of in the middle of the town built as a Medieval Castle around 1500 AD. 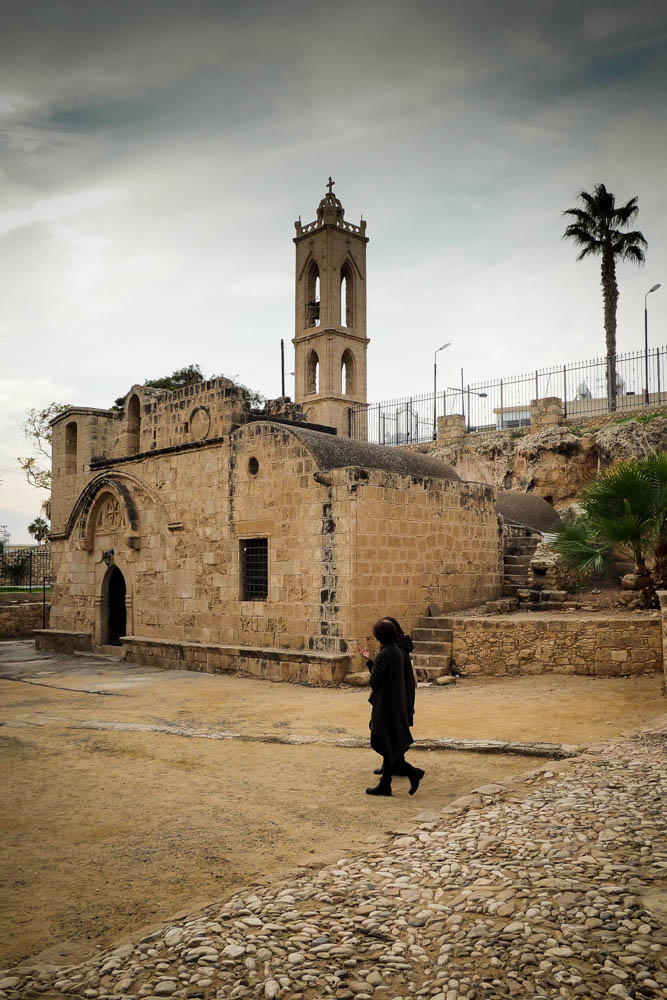 Behind the monastery there is an area full of clubs and bars only open during the summer. During the winter there was nothing to see here besides a ghost-town-like area full of dusty places and no people. Orange trees with ripe oranges and Christmas lights give a somehow creepy feeling. 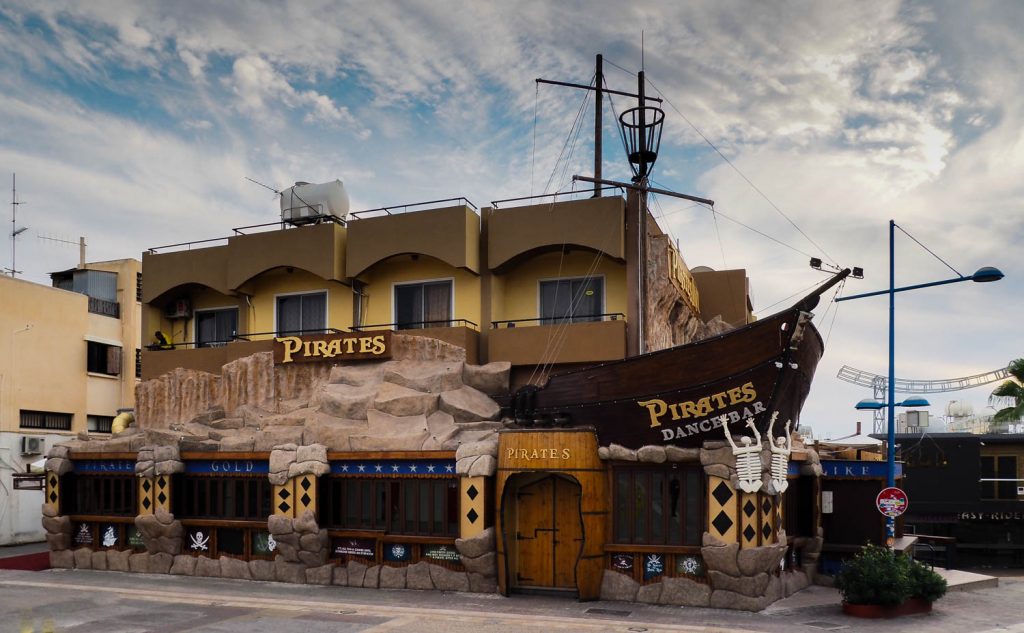 The next day we had the chance to take a bath in mid-December at Nissi beach and our three-day trip was quite fun overall. 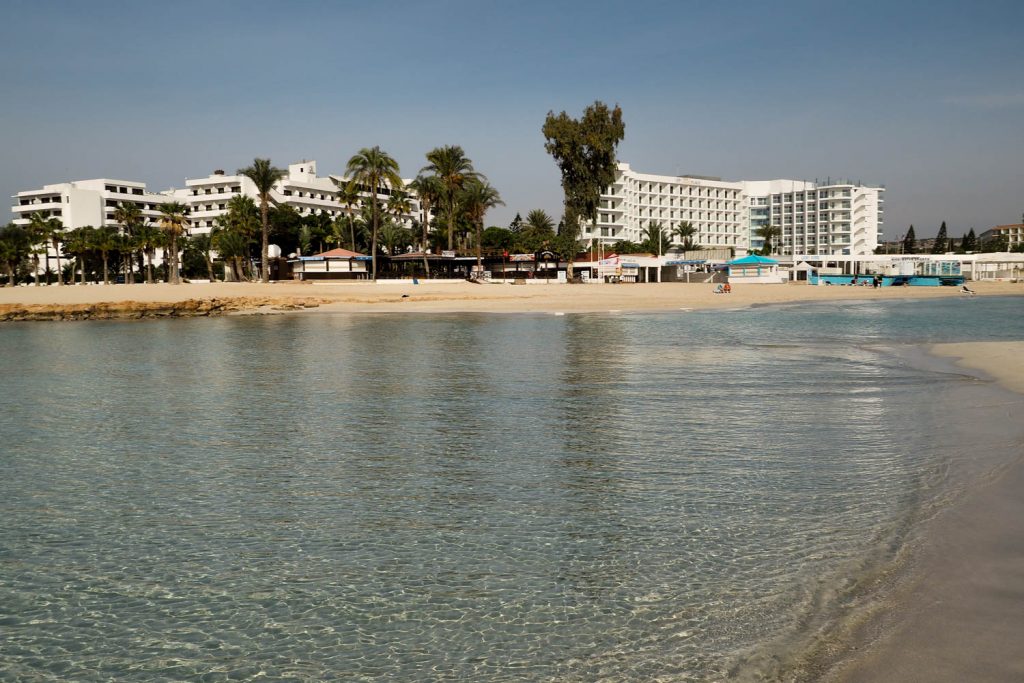 After the third day we came back home to prepare for Christmas hoping for a snowy winter. 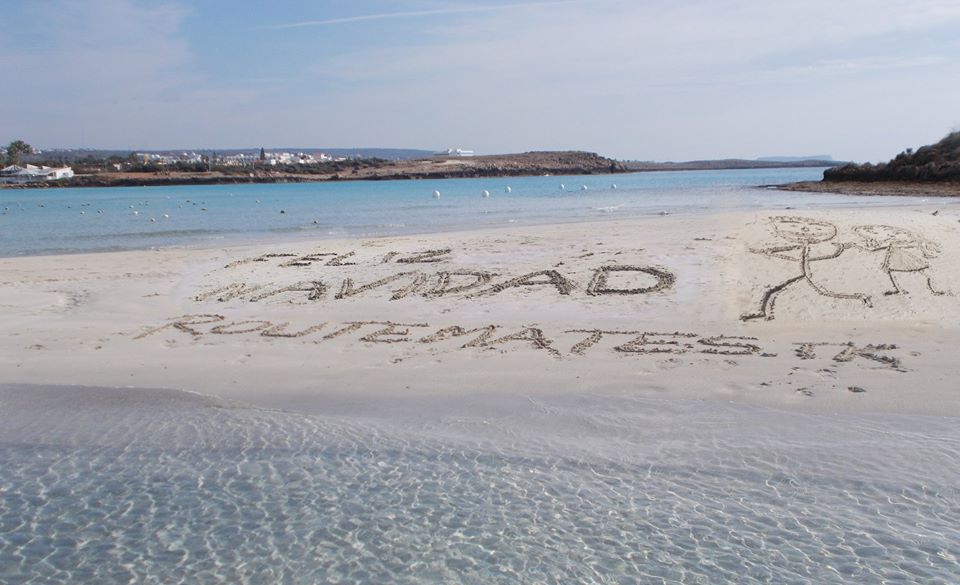